I am thrilled to be hosting a spot on the KEEP ME WANTING by Angela Addams Blog Tour hosted by Rockstar Book Tours. Check out my post and make sure to enter the giveaway!
About the Book: 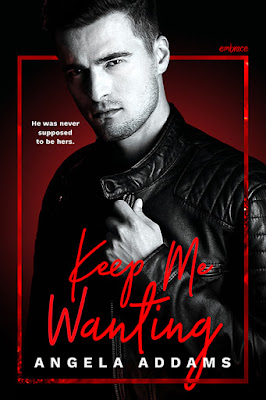 All I’ve ever tried to do is keep the people in my life safe. That’s gotten me into hot water more times than I can count. Hell, the last time got me four years behind bars.

So when my favorite barista tells her mom that I’m her boyfriend to stop the woman’s endless criticism, I can’t stop myself from helping her out. But she’s too innocent and I’m too damaged for this to ever be the real deal.

I can’t allow myself to touch her, not when making her mine will drag her into my world and drown her in my messed up life. What I really need to do is stay away.

Except every touch and every accidental kiss breaks my control. I want her.

Then I find out her dad is the detective who put me away...and he’s trying to take down my family.

I don’t blame him. The secrets I’m keeping are big enough to destroy

“Maggie, can you help the next customer, please? I need to get some more napkins from the back.” She doesn’t wait for me to respond. She just leaves.
I look over at Liam. He’s watching her walk away. Her ass sways naturally, like she was born knowing how to pull all eyes in her direction.
Thanks, Stella. She knows I’ve been fantasizing about Liam for months, lusting over his muscles, his face, that chiseled jaw, thinking about running my fingers over that stubble that’s sometimes there. Pressing against those pouty lips he has or licking along the scar on his cheek.
My face gets hotter if that’s possible. I keep my eyes down. “No problem,” I mumble. I wipe my hands on the towel and move to the cash. “Is today a butterscotch day?”
“Excuse me?” His voice is so gruff, like he’s gargled in liquid sex.
I snap my eyes up, suddenly panicked. Maybe he doesn’t get a shot some days. Am I remembering it wrong? “I thought you liked your coffee black with a shot of butterscotch every once in a while.”
“Oh, sure, I do.” He offers a smile. It’s not a big one, just a slight turn of his lips, but it’s there. “That’d be great, thanks.”
I try to smile back nonchalantly, but I can’t control what my mouth is doing. I go all crazy smile on him, like flash my teeth and set my burning red cheeks on full display. My eyes are probably sparklingly with unconfined lust.
His eyes flick to my chest, where I can feel my nipples harden. Wearing a cotton bra might be comfortable, but it does nothing to disguise the twins from jutting at the slightest breeze—or penetrating gaze.

“And your muffins look great today.” 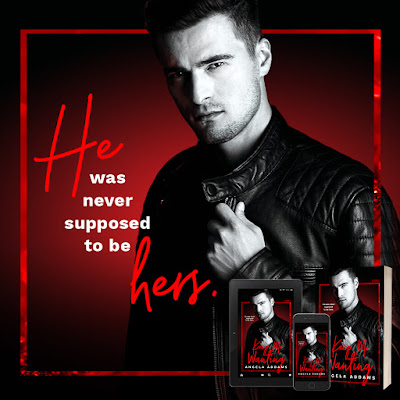 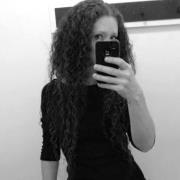 She is an avid tattoo collector, a total book hoarder, and loves anything covered in chocolate…except for bugs.

She lives in Ontario, Canada in an old, creaky house, with her husband, children and four moody cats.

This post is part of a virtual book tour organized by Goddess Fish Promotions. Monique Roy will be awarding electronic book copy of A Savage Kultur to a randomly drawn winner via rafflecopter during the tour. Click on the tour banner to see the other stops on the tour.

Ava is a Jewish art student who suddenly inherits her grandfather’s gallery in London. Acting on his final wish, Ava begins a journey to discover a valued Van Gogh, which was looted by the Nazis in 1937. As Ava unlocks this complex journey, we begin to travel between her timeline and that of the war itself, where we find out what ordinary people had to do to survive under the power of the Nazis and their wishes.
Read an Excerpt

At the dead of night in the City of Dreaming Spires, on the first day of May, Ava greeted the beginning of spring and eternal evenings in a liberated and bemused fashion. Her exquisite and ethereal cream-colored ball gown swayed as she danced through picturesque cobble…
Read more